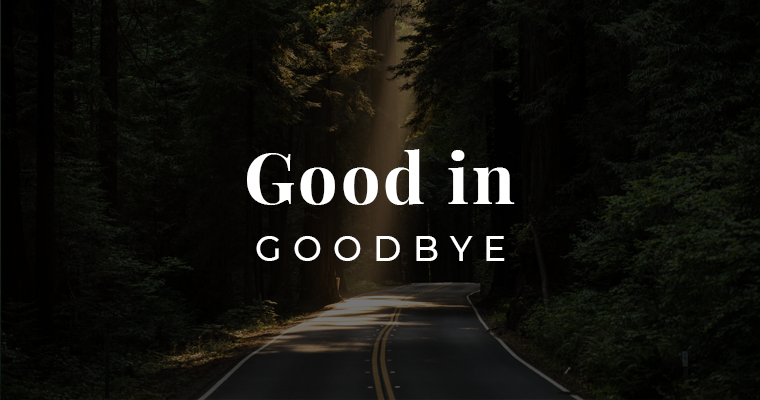 Having your heart broken is never fun or easy. Especially when you lose someone who you genuinely thought was the love of your life. I know I’ve been there, and it was one of the hardest times of my life. But had I never been through that experience, I wouldn’t be where I am today. That experience helped me to grow so much stronger and learn so much about who I am and what I want.

While I couldn’t see anything good about losing someone so important in my life at the time, now I see it so much differently. Had I still been with this person, I wouldn’t be engaged to Robert and living the life I’m living now. Despite the fact that this person hurt me, I’m so thankful they let me go. I’m so glad that they didn’t let things go on and let me believe that they cared more than they did.

At the time, I didn’t care, however, and would have done anything I could to change their mind – give us one more chance. We tried the whole “staying friends” thing, and I was willing to take what I could get. But every time I saw him, it just made things so much harder.

For awhile I was so desperate to find someone to fill that place in my heart and make the pain go away. All that did was make things worse because I gave so much too quickly and would just repeatedly get my heart broken. It filled me with so much regret. Eventually, I reached a point where I was done trying and?was finally happy just being single. I saw all the positives to it, like not having to worry about someone else, being able to have more time for me and to do the things I wanted.

Then one day I met Robert, and he changed my whole life. I got to see what it was like to be treated the way I should be treated. To have someone genuinely care about me and give just as much as I was giving.

I learned a lot though from all my past mistakes, though. When we first started talking, it was just that. We texted a lot for about two weeks before we ever hung out. I enjoyed talking to him, but I just wasn’t ready for anything more yet. While I liked talking to him, I just wasn’t sure if it was something I wanted. I took things somewhat slow,?but the more we talked and the more time we spent together, it became harder not to be together. He quickly became my best friend, and it didn’t take too long for me to fall for him.

While the pain of losing what we want can be awful, it’s only temporary, and happiness is right around the corner.

« It’s all about God’s timing
Getting things done »

2 responses to “Good in goodbye”