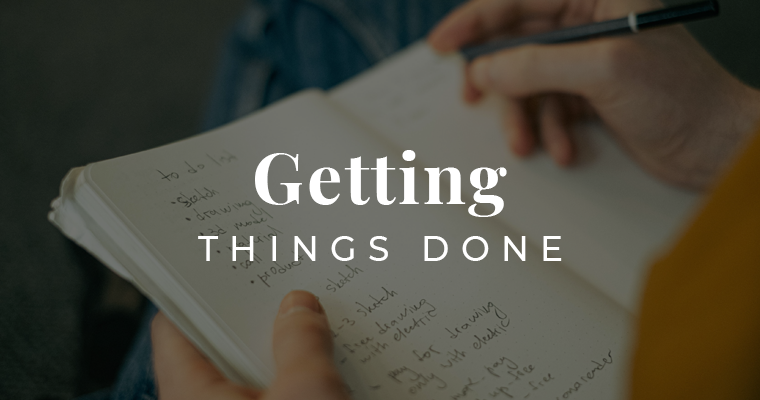 I’ve never really been the ‘to-do’ list kind of person. Mostly because I just never feel like I have enough to do that I need a list to keep track. I always wish I did though?because I just love having a lot to do. Recently, there has been things that have been drawing my attention that have needed to get done for quite some time.

Since I finished school in about mid-July, I’ve had a lot of time to myself, especially since I have time before I have to worry about school and work. I’ve decided since I have about a week and a half left to myself, might as well take advantage of it and be productive. ?Although all these things are just so time-consuming and when it comes to doing them, I just don’t want to. But I do have times where I’m really in the mood to do some “spring cleaning” and I like to take advantage of it while I can.

Cleaning up my laptop

My laptop is pretty much my life, and because of that, there is just so much junk on it that needs to be cleaned off. I have a 500GB hard drive on it and currently have about 25GB left. When I started web design back in about 2001, I kept pretty much everything since then. A lot of my older stuff is just kind of there in a generic folder, but more recent stuff is organized to make it easier for me.

Looking through my old things, I can see how much I’ve learned and how much better I’ve gotten since then. I think that’s why I kept them around as long as I have. And I wanted to be able to keep them just in case I decide one day to look at them again. Especially if I’m ever feeling discouraged and doubting myself. And I just have a hard time letting things go.

Now, these aren’t awful; I feel like they could be much worse, but I have improved a lot since then. I will never use these again, so they’re just sitting there wasting space. But they’re sentimental. I just can’t let them go. What I’ve decided to do is put all these old items in a compressed zip files and save it in my Dropbox. They’ll be off my hard drive, but I’ll still have them in a place where I can look back and them if I get the itch.

There is also a ton of other things I need to remove such as programs and other random files that I just don’t need anymore. Games are a particularly significant problem. They take up so much space and after I finish them, I just never get around to removing them or think I might play them again (I never do).

Catching up on my checkbook

I’ve been slacking for probably the past two or three years with keeping up with my checkbook. I know that’s probably not a good thing, but I keep a close eye on my bank account to catch any suspicious activity. I use to be excellent at keeping up with it, but it was such a pain doing it in a written checkbook. I had so many times where my checkbook just did not match because I would put in an entry right away, but it wouldn’t appear on my account for another day or so. Or I forgot to put in an entry and had no way of fitting it in where I needed to go. However, I’ve wanted to catch up with it again because it is something that is important to do.

About a year or so ago I found ClearCheckbook where you can keep track of it online and on your phone. It makes things so much easier because if things don’t match up, I can easily calculate balance, adjust dates, add entries, automatically add monthly payments, and organize it. When I found it, I was already a year behind so I had to enter in that whole previous year that was very time-consuming. By the time I caught up with it, I was behind in the current year and just didn’t feel like dealing with it. I’m hoping to get finally completely caught up with it so that way I can keep up with it much better.

At the moment, these are the only two things I have planned to work on at the moment, but they’re both pretty time consuming. I’ll be pretty happy with myself if I can get these two tasks done since they are major ones that needed to get done for so long.

What are some things on your ‘to-do’ list that you need to get done?but?have been putting off?

« Good in goodbye
Tips for conquering a reading slump »