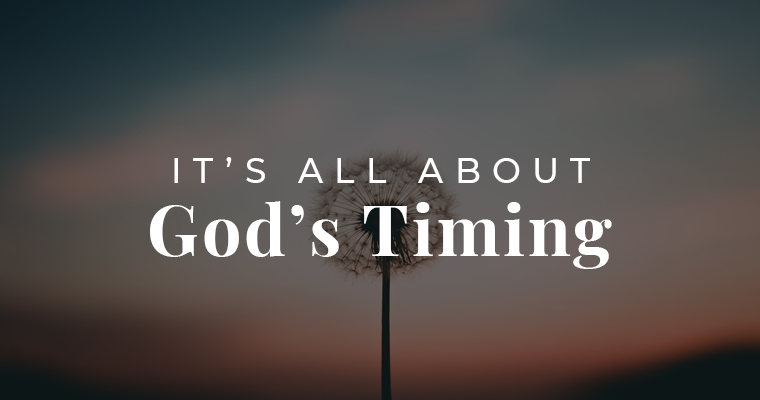 I think the biggest thing when it comes to the Christian faith is trust. It’s based simply on believing in Jesus’ payment on the cross and God’s faithfulness to save you. You have to learn to trust entirely in God for everything. And I can tell you from first-hand experience that it isn’t easy. I think one of the main reasons is because we believe we can do it all on our own and we don’t want to have to rely on others. We want to think we have it all figured out. We want what we want when we want it. However, God’s timing is always perfect. That’s something I’ve realized recently.

Since Rob and I got engaged back in January of 2014, we’ve been so antsy and impatient to get finally married. Although, things just haven’t worked out that way for us. There is just so much that we have to figure out, and it just became so overwhelming, and nothing was going our way. I had just to keep reminding both him and myself that things would work out when they were meant to, but that didn’t make it any easier. I still continued to feel like things were just never going to work out, and we were never going to get married.

But God is faithful.

Recently, the LORD has been doing so much in my life that has proved that to me. Now while the story I’m about to tell you doesn’t sound good at first, it is awesome. There is no other way to explain how it ended except for divine intervention.

For over a year, I’d been having problems with my wheelchair just randomly locking up on me. It didn’t really happen that much, maybe every couple of months or so for a day or two then it wouldn’t again. Well, the Tuesday after the 4th of July my mom and I were out on our usual morning walk. I had a light sweatshirt jacket draped behind me and it was starting to fall. I turned a bit to put it back up and of course, as I was doing that, my wheelchair decided at that moment to stop. And because of the way I was sitting, it caused me to lose my balance and I fell forward and hit the top of my head on the sidewalk and landed on my back.

By the grace of God, I was totally fine. And because I have OI, that is something that just does not happen. I have had less severe accidents and gotten hurt pretty bad. And all I got out of this was some scratches on the knuckles of my left hand (and my engagement ring got a bit banged up, unfortunately).

Right after it happened, out of habit, I checked over myself to see if anything was broken, but nothing was. We did call an ambulance though because I was afraid since I hit my head on the sidewalk, that I either hurt it, or my neck and I just wanted to get checked out. They didn’t seem concerned at all since I didn’t have any pain except for a slight headache just from laying on the cement, and I didn’t blackout or anything.

About an hour after we got home from the hospital, I got a call about a job interview for a secretary position I applied for at my church. It was so nice to have something good happen after the events of that morning, and I was both excited and nervous. I went at about 10 am the next day for the interview. Everyone kept asking me after how I thought it went, and honestly, I just wasn’t sure. I knew it wasn’t awful, but I didn’t feel like I did that great either.

Apparently, I did better than I thought I did because about two weeks ago, I got a call from my pastor telling me I got the job! And I start in mid-September. I can’t even put into words how excited I am to start. There is still so much Rob and I have to figure out, but now we’re even closer to getting married, and will (hopefully) be able to get married this coming May!

While I wasn’t necessarily completely patient through all this, God was still faithful and brought so much good into my life. It’s all about His timing.

« Living a life of faith
Good in goodbye »