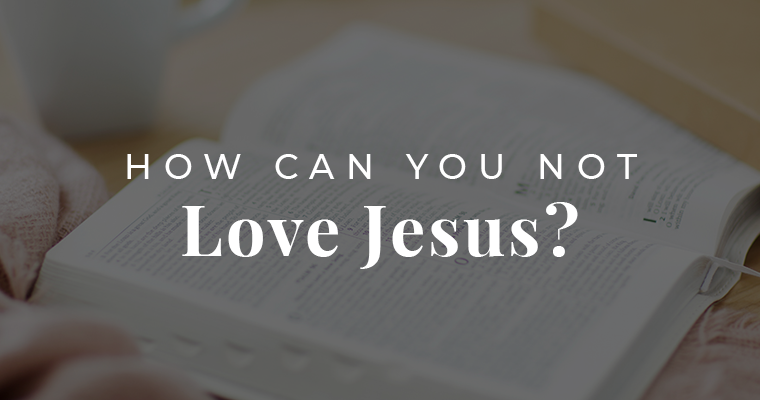 It’s been a question that has been bothering me recently. I seriously don’t understand it. I know the world hated Jesus, and he said we would be hated by the world as well. (John 15:18-25) But I just don’t get it. Could someone explain to me why and how?

I think the biggest problem nowadays is that people don’t fully understand the gospel. I know I didn’t till recently. For the longest time I still thought it was something?I?had to do. I knew Jesus died for our sins so we could go to heaven, but like many, I thought “It can’t be?that?simple.” Just believing, simply having faith in what he did and fully trusting in what he did? That’s all I have to do? In the world we live in today, it seems just too easy. Nothing today is that easy. You have to work for everything – be good enough.

But let me ask you this – have you ever told a lie? Everyone in this world has, even you (and yes white lies or lies for the “greater good” count as lies). And what would you call someone who lies? A liar.

What about stealing? Have you ever stolen something? Maybe you borrowed a pencil and never gave it back. Or downloaded music illegally. That’s stealing. And what do you call someone who has stolen? A thief.

A big one today is adultery. In the world we live in we’re surrounded by sex and sexual images. According to Jesus, if anyone even?looks?at a person with lust, they’ve already committed adultery in their heart. (Matthew 5:27-28) And what do you call someone who commits adultery? An adulterer.

I’m an adulterer, and so are you.

What about using the Lord’s name in vain? Whether it may be a curse word or a simple “Oh, my God”. A person who does that is a blasphemer.

I’m a blasphemer, and so are you.

Here’s one that may hit home. Jesus’ greatest commandments are to love God and one another. (Matthew 22:36-39) Ouch. I don’t know about you, but I’m not always very loving towards everyone. Not even those people I love most in my life. I can be mean, hateful, and downright selfish. I’m not very kind, gentle, patient, or even faithful. I tend to make myself more important and put myself first above everyone else. Sometimes I hurt someone’s feelings and at least for a little while, I don’t care. How awful is that? But we all do that – we all act that way.

I can be unloving and so can you.

And this is just half of the ten commandments, but I think you get the point. But so far, according to this list I am a lying, thieving, adulterous, unloving, blasphemer and So. Are. You.

It’s not looking very good for either of us. That is part A of the gospel. That we’re not good. We’re broken sinners and not being the humans that God created us to be. We’re not living in perfect unity as we should be. And unfortunately, sin is a crime and has to be punished. We need to pay for all the things we did. Just like if you broke the law and had to appear before a judge, you’d have to pay for it in some way. Unfortunately, for sin, that punishment is death. (Romans 6:23a) And I’m not talking the human death we’ll all die one day, but second death. Hell.

Now I don’t know if you’ve heard about Hell, but it is not a place you want to spend eternity. And if you do, you’re either crazy or don’t know what it is. But this is what we all deserve for breaking God’s law. God says no matter what we do, we can’t fix it, we can never be good enough and that we need to quit trying. Our good works will never make up for the bad. They’re like filthy rags. (Isaiah 64:6)

However, here is the Good News: that while God doesn’t need us and could just send us all to Hell, he chooses not to live without us. He loves us too much. So God rolled up His sleeves and took it upon himself and came here in the form of Jesus and became 100% man while still being 100% God. He lived the life we were supposed?to live for us. He was the human we were expected to be because we couldn’t be. He lived it?perfectly. He never lied, never stole, never committed adultery nor did he blasphemy God’s name as you and I have. ?(2 Corinthians 5:21)

And He loved us in one of the greatest and unique ways. He gave us the greatest gift that we don’t deserve. He suffered the punishment we do deserve for us, so we didn’t have to.?He gave up His life so we could?have eternal life. We no longer have to feel guilt or shame and live with regrets. He paid for all our sins. The past, present, and future.

Jesus wasn’t a victim; he was a willing volunteer. He knew what pain he’d have to suffer, though, but he still went to the cross because he loves you that much. You were worth it. You’re still worth it. He had known you before you were even born and thought you were worth suffering for. You did absolutely nothing to earn it or make Him do it. (Romans 5:8)

The best part? He rose again from the grave three days later. This was the victory. (1 Corinthians 15:14) Jesus conquered sin and death. His resurrection was proof that our debt is paid in full. What he?changed everything for you and me when he did what he did. All we simply need to do is believe and trust in Him. (Ephesians 2:8-9, Romans 3:28)

This is the Gospel.

Because of this we are free. We can just be us. We can come to God just as we are. A broken, dirty mess. You don’t need to clean yourself up. We don’t need to work for God’s love. He just wants you. God see us just as we are and says “I want you. All of you. Even every screwed up part of you.” And he wants to take it from us. He wants us to give him all of that broken, dirtiness. That’s all we have to offer him. And he will make us clean. He will make us righteous. And not because of something we did, but merely as a gift. We just have to accept it. (2 Corinthians 9:15)

So I’ll ask again: how can you not love Jesus?

Living a life of faith »

One response to “How can you not love Jesus?”

I don't think a picture will ever capture just how

My heart is so happy ♥